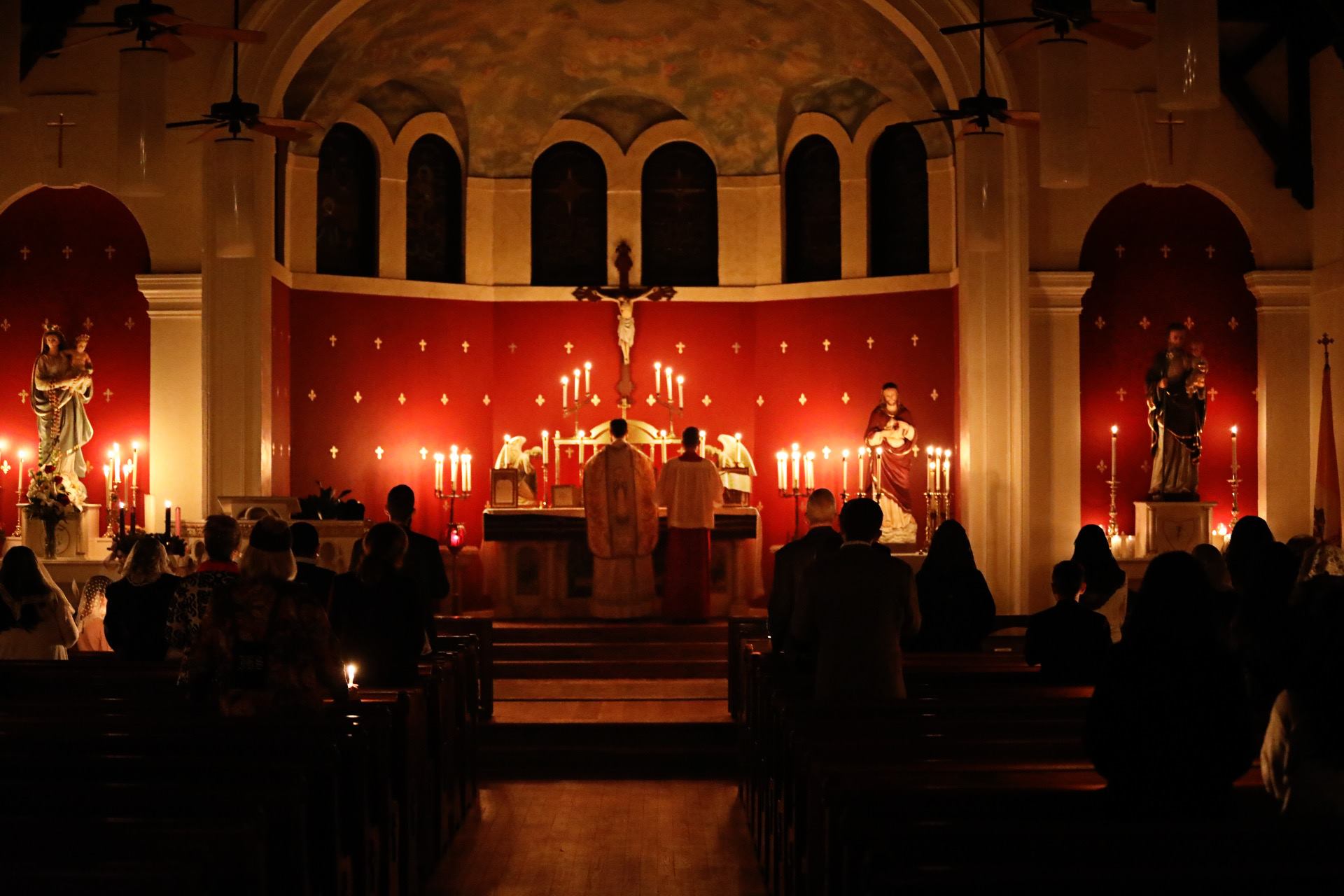 The Extraordinary Form of the Mass is also known as the Latin Mass, the Traditional Latin Mass (or the TLM), the Mass of the Ages, or the Venerable Gregorian Rite.

Our Parish is not associated with the Mysterium Fidei Latin Mass Society, Inc. , which is a privately owned and managed 501C(c).(3) entity incorporated within the state of Louisiana.  Some members who attend the Mass belong to that society, but it is separate legal entity with its own bylaws and standards. While they strive to perform good works and to uphold the Faith, Communications coming from them should not be misconstrued as Parish commuications.

We remain thankful to the many leaders who have stepped up to help with the promotion of the Traditional Rite here at St. Jane de Chantal Parish.

Our Bulletins are online, for your convenience.

Monday – After 8AM Mass

Friday – After 8AM Mass

We also feature Confession on Demand, as per availability.